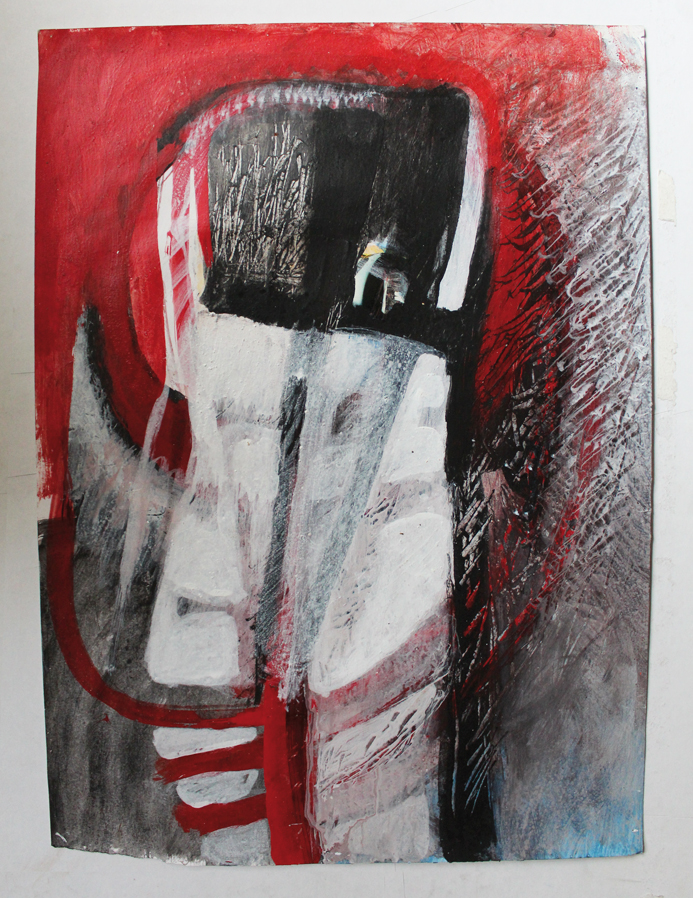 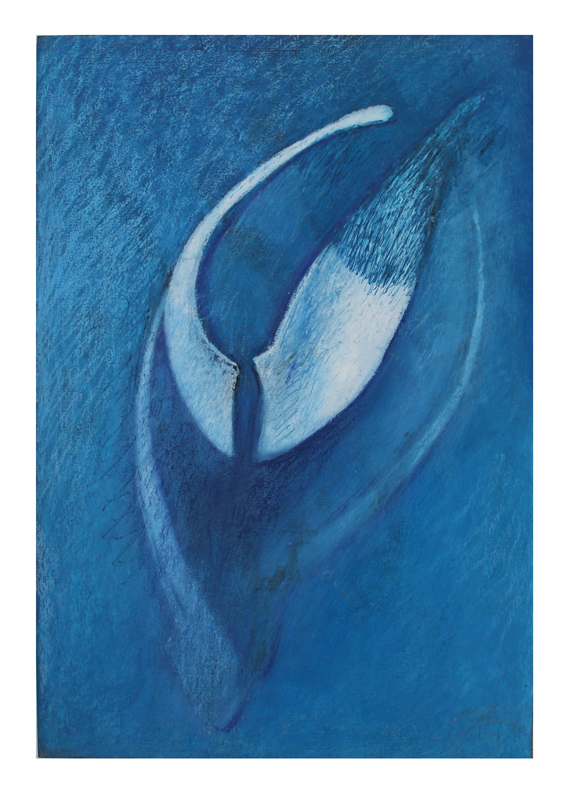 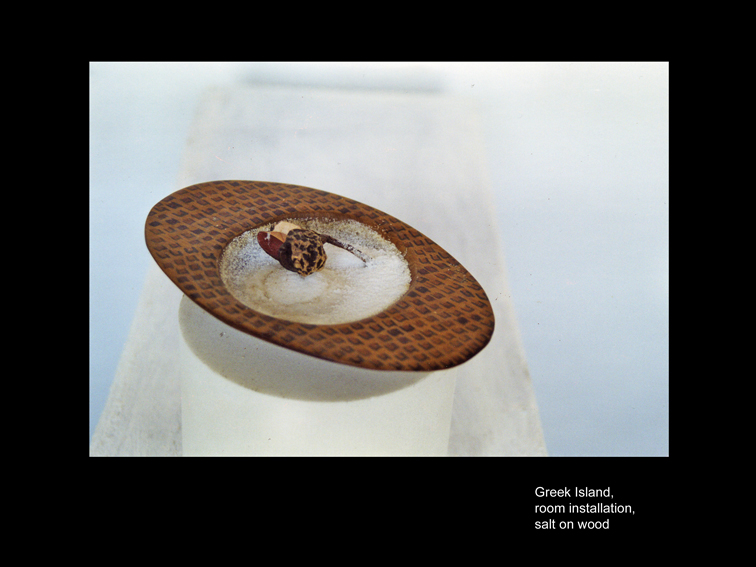 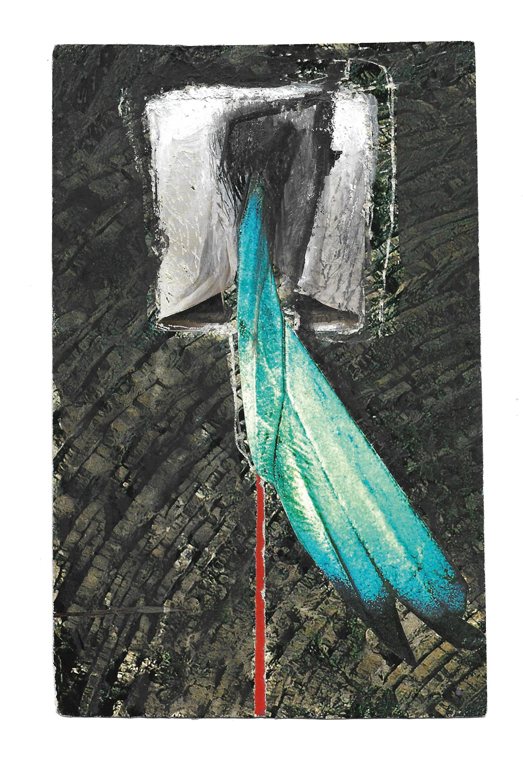 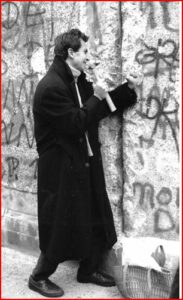 The first years in Berlin are intense. The search for a studio is interrupted by frequent trips to Greece, a second home is built in the home village of Agiopigi. Finally, through the BBK (Bund Berliner Künstler, an association for artists in Berlin), the artist can move into a large room – a studio building with a freight elevator at Treptower Park (2000–2005). He restlessly creates new works, which in his head already reached the kind of perfection, that he is striving for. He also works in large formats, creates sculptures, in which his symbolic world manifests, in fusion with matter that is hidden in a wide variety of materials: wood, salt, sand. The first larger attempts began with wax – he tries to wrest new materiality out of the art of encaustic, new surfaces and a sensuality completely detached from antiquity.

Sabaliotis deals with both large and small works. The “Living in Space”-series is created: a series of smaller objects and works on paper (watercolor, pastel, acrylic), that summarize the knowledge of a world that is constantly being reborn. A microcosm, representative of the bigger picture. Objects that sharpen the senses because they make you look more closely. There are also large objects and room installations such as “Sender and Receiver”, belonging to the “Allegories”- and the “Phenomena”-series: Natural materials come together with synthetic materials. Foam, Styrofoam and pressboard are set in an exciting dialogue with feathers, salt or sand. Salt played an important role for a while, because it is present in every living body and breath; and burns as a fire without a flame. In secret, in silence – as holy, ritual, liturgical power.

The artist has been dealing more intensively with the Greek philosophers of antiquity since his stay on Hydra, especially Heraklit with his “ta panta ri” (“everything flows”) philosophy. Influenced by philosophy, his interest in archaic scripts regrows; Sabaliotis is inspired by the disc found in Phaistos on Crete, as well as by the writing system Linear A, which traces back to the same era (1600-1700 BC). The artist tirelessly develops entire series of his own symbols, he calls ideograms. A very personal world of symbols, scriptural art emerges … pictorial motifs, words, letters emerge, develop a life of their own, occasionally dominate the space, the artwork.

“Everything flows” is also the name of a performance, that he will present four times in 2002/03, on the occasion of the event “Lange Nacht der Museen” (a special event in Berlin, that allows visitors to discover lots of museums in the city at night) – in the Kulturforum on Potsdamer Platz and even in the Winckelmann Museum in Stendal. 400 wooden pieces form a huge puzzle on 180 x 240 cm: the deep blue of the Aegean Sea and a white ship that travels from antiquity into the tomorrow… his work is enthusiastically received. Not just by children but also by adults. He gives workshop for Youth in Museum, an association for young people, who are interested in arts and culture – with titles like “Greek Gods” or the 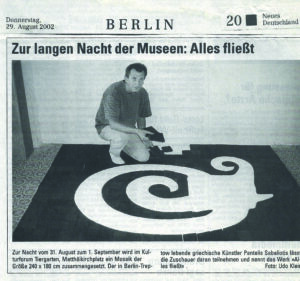 “Olympic Idea”, in which the Pergamon Museum is highlighted.

Everything flows, true to his or respectively Heraclitus motto, the artist is constantly on the move between yesterday, today and tomorrow – he takes up memories, traces of events that happened long time ago. The word symbol “iero” (“holy”) designed by him and often repeated in his work, could just as well refer to the ancient world of gods, decorate the entrance to the holy of holies in a temple and yet is devoid of any religious meaning, just an abbreviation of the four elements, determining our world: fire, water, air and earth. For Sabaliotis a riddle (“chrismos”), that asks to be solved. A secret that reveals itself to those who internalize the transformation in space and time.

Sabaliotis participates in many exhibitions during this time. 1998 at a major international exhibition in the temporary Prismahaus in Berlin, 1999 at the “Dromologia III” exhibition in Larissa at the Center for Contemporary Art. In the same year, the exhibition “Allegories of Matter”, which he curated, was shown under the patronage of the Greek Ministry of Culture. This exhibition was shown in a somewhat smaller format in the Willy Brandt House in Berlin, in 2000. At the same time, Sabaliotis can be seen in Ioannina in the Museum of Byzantine Art. In 2001, he participates in the exhibition of the Greek Ministry of Culture in Technopolis, Athens, and in the second International Biennale New Watercolor in Fulda. In 2002, he was represented in the Fürstenwalde Municipal Gallery in the exhibition “Miniature in the Visual Arts”. These are the last group exhibitions he will participate in. In the coming years he will be busy producing new works for his solo exhibitions in a continuous inexhaustible creative process. To which the exhibition “Phenomena” 2003 in the Kesselhaus-Museum Berlin and the one in the Historical Archive Museum Hydra 2004 belong.